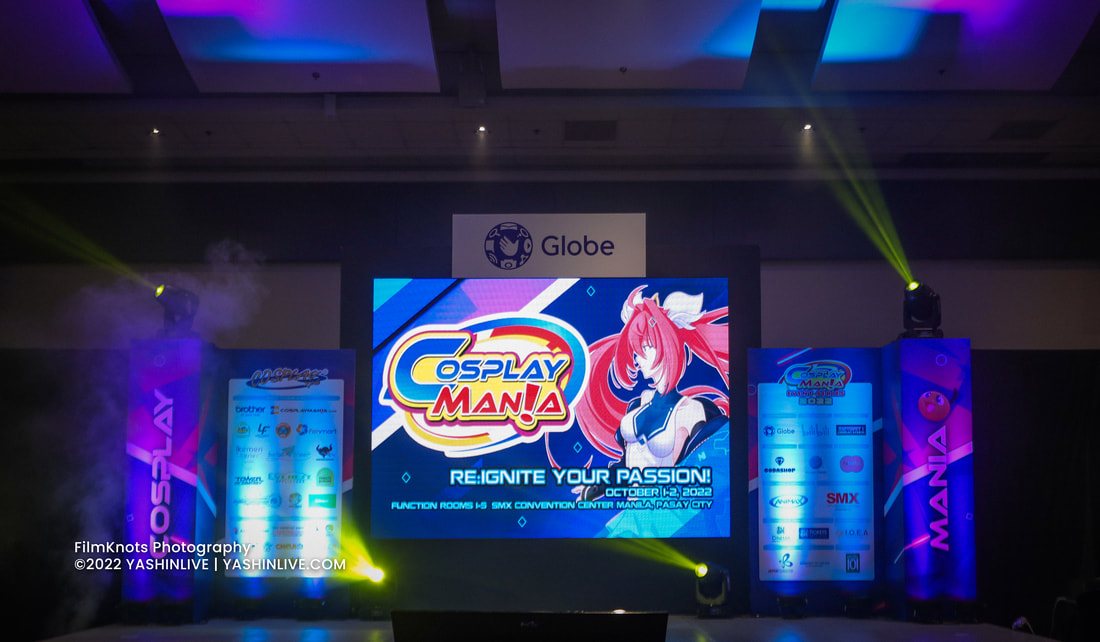 ​After 2 years of waiting, challenges, and lockdowns of the country, Cosplay Mania finally is happening with the epic return of different activities waiting for you! Also, Yashin Live joins Cosplay Mania with a booth with a ton of merch line up from Yashin Live! Cosplay Mania plays a big part on Philippines interacting with Japanese culture convention-wise and has been doing so ever since. 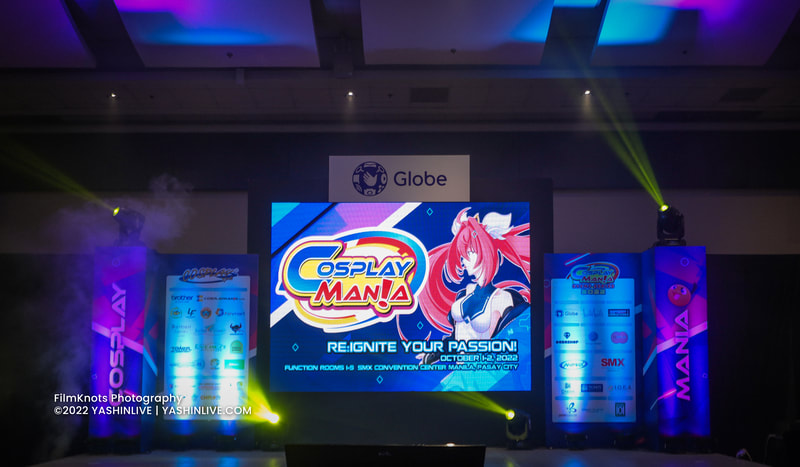 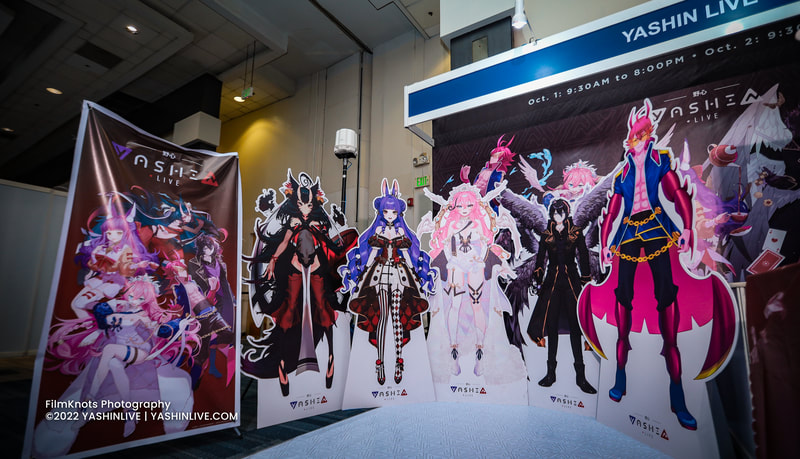 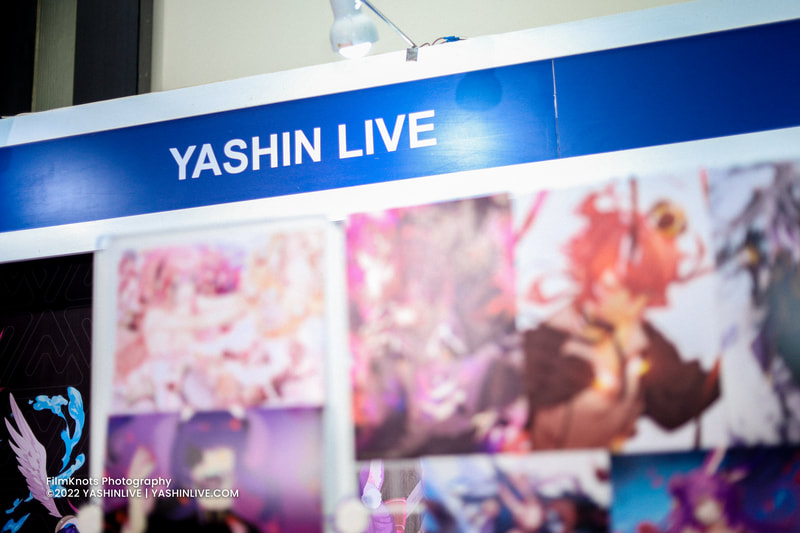 Cosplay Mania was upon us, and the weekend passed, and ended with a bang. As sure we are that the weekend was as fast as it was for us, it wasn’t any less exciting, and I’m sure you are still experiencing Cosplay Mania just as we are.
​
SMX Convention Centre in Pasay city started crowding early on the 1st of October with enthusiastic cosplayer and congoers even before the opening time. Artist alleys were filled with artworks and merchandise featuring people’s favourite and popular anime such as Genshin Impact, SpyXFamily, and so much more merchandise to go around!

Halls easily filled as soon as doors opened and YashinLive’s booth full feature on the All-Star Avenue! Our booth features multiple types of merchandise with our all-start talents as a highlight! You can find postcard and and illustration prints, acrylic charms, acrylic standees, stickers, and the coveted boob-y mousepads!

Many fans of YashinLive flocked to buy their choice of merchandise according to their favourite Yashinlive Vtubers, as many of them were also eagerly awaiting the YashinLive Q&A Panels and Dasu’s exclusive DJ set Perforformance at the event stage! 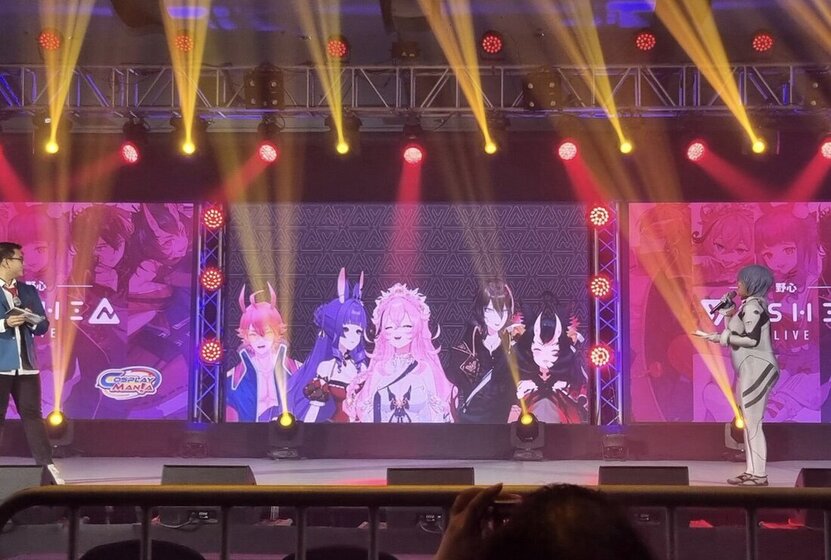 The entire YashinLive talent roster showed up for a panel in the SP Hall on the first day of the event! The hosts and the fans asked them a set of questions regarding the start of their Vtubing careers and several other questions about ​their streaming careers and their insights as online content creators.
At the stage of the EX Hall is a rare sight to behold, a live DJ performance from YashinLive's CEO Dasu! Featuring hit classic "Nakakapagpabagabag '' among other iconic songs, the audience cheered her name as they danced along to the PH Vocaloid icon. With rhythmic strobe lights and pumping bass shaking the crowd up, the whole hour-long performance left Dasu's unique style stuck in the heads of congoers and staff alike as she blessed the ears and hearts of her Daylights!
The fans didn't miss the chance to meet your favorite YashinLive Vtubers in person! Each fan had the opportunity to say hello, have something signed, take pictures, and much more with any talent of their choice, even all if they wished!
YashinLive was invited on stage for an in-person Q&A session with Cosmania. They were asked various questions about Vtubing, what the work environment is like, and some of their own personal reasons for becoming a Vtuber! Some answers were quite moving, others humorous, and overall it was enlightening as to the process of streaming as a Vtuber.

The final event for YashinLives booth, make a bid and you may have the chance to take a life size standee of the talents home! The standees of Rezochi, Dasu, and Maddie were successfully auctioned, with the lucky winners posting on social media how well they will be taken care of.

Cosmania 2022 was a very huge opportunity for the entire YashinLive team and the entire community that supports the talents and team. The YashinLive Talents, staff, and team are happy they got to meet and interact with everyone, and YashinLive expresses their entire gratitude for all the support that led to this event.