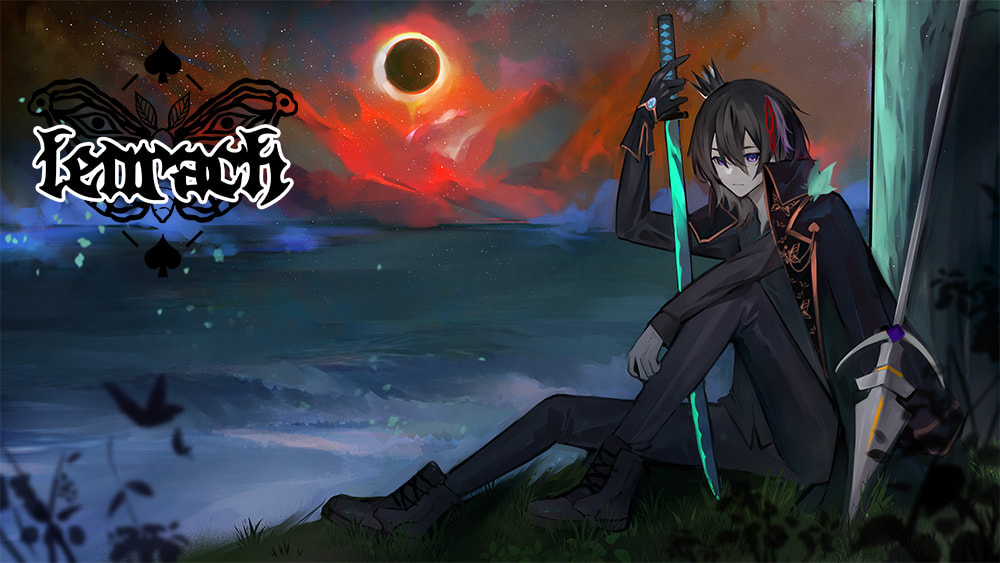 LENRACH
The Seraph of the Lichdragon​
Yashin Live Generation: Gen. 0
Character Name: Lenrach
Nicknames: (Len, Moth, Honeybee (Dasu only)
Title / Classification: Seraph of the Lichdragon/Helix of Desolation/??? (Helix/Seraph/???),
Appearance: A young male with an angelic form, numerous grey wings, a long coat, and sometimes a halo made of wings with a singularity in the centre. 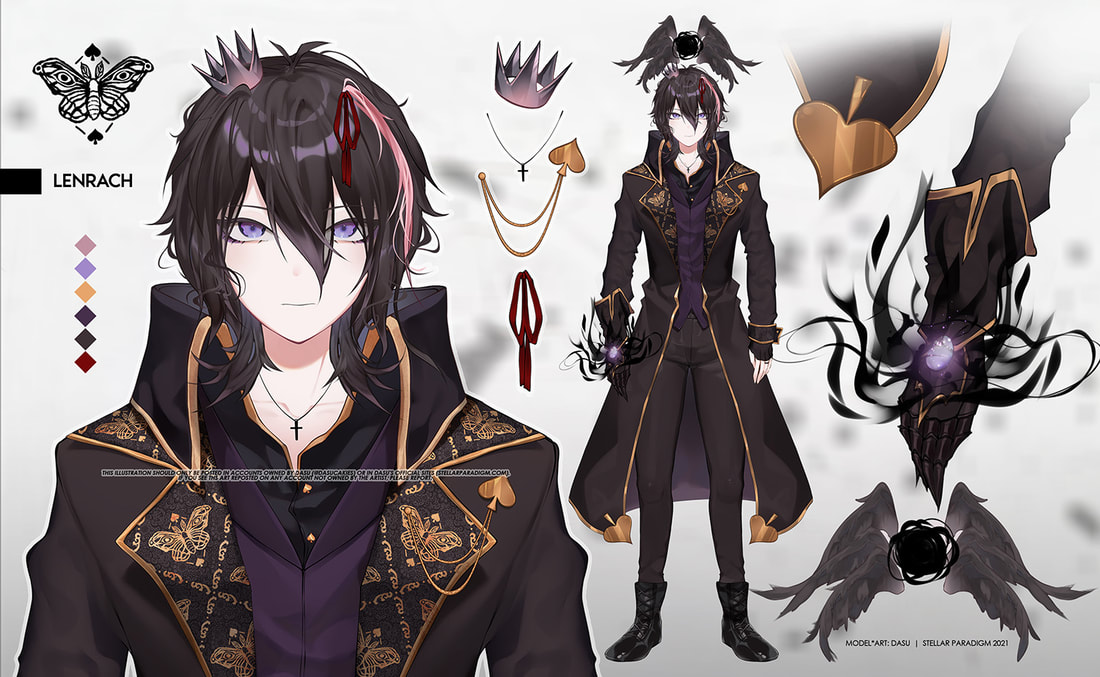 Character Lore:
Origin
​A grand golden dragon presides over the concepts of creation, molded by the dreaming Nothingness to serve as a hand to awaken its will unto reality. She was the creator of Novum Anua, Her universal reverie in which She watched her children grow and evolve, reaching out towards Her stars. However, She was plagued by doubts of Her role, and by loneliness in the solitude of it all. These gave birth to small seeds within Her mind, rooting themselves within Her doubt and fear. They whispered of generations anew, Her own kind to watch over and defend this cosmic cradle and the creations within. Thus did She birth the first generation of Gods, each seizing a concept to personify as many in place of a singular One. Each concept a rune to conjure the Great Evil that brought their seeds forth, each God to take their place as a catalyst for the Great Evil that harbored the dragons doubts. Once the Gods acquired their concepts, She fell into a great slumber to continue dreaming of Novum Anua, leaving Her vulnerable to their plight. They siphoned her dreams as energy for the ritual, each one a step closer to the birth of a forbidden deity. Slowly Her dreams turned to nightmares, staining Her proud golden scales with sanguine midnight. Sores grew forth, leaking wells of sable that malformed the landscape. Each stuttered breath cursed Her doubts and failures, giving further power to the Evil within Her regrets. By then She was far too weak to awaken, eclipsed unto a shell of Her former splendor. She issued one last command to her familiars; The Penumbra. They will remove Her eyes, and store what was left of Her dreams within them, serving as a phylactery for what remained of the Goddess. One eye shall be used to dream one last child into being, formed of Her own self but with a will of its own, uninfluenced by the Great Evil. He shall not be a god, shackled by the instinct of divinity, but instead as an Angel born of Her blackened blood. The other eye shall be kept safe with them after their birth, so that their mother may always be with them. This child shall be the final bastion of Her fractured reign, the last child faithful to Her. She bestowed on him the final concept she housed; Void, as Her powers of Creation were no more, and the rest were stolen from Her nightmares. As the command was heeded, his name blossomed forth within the depths of his chrysalis.
He shall be named Lenrach.​
(Artwork coming soon)
Novum Anua
The first plane of existence created by The All Dreamer. Novum Anua encompasses the main universe of her reign, but is now eclipsed by the dogma and dictatorship of her children: The Pillars. Each hospitable planet corresponds to a Pillar as its anchor of worship, and thus takes on many traits the Pillar may have. Examples include a planet rich with agriculture that answers to a god of fertility and harvest, a planet constantly torn apart by combat under the grip of a violent war god, or a planet which serves as the hub of reincarnation and death rotating to the whispers of a deity overseeing Samsara. Some may be happy and profitable, while others are plagued by crimes and tragedies. All answer to the wishes of their home deity. These planets also serve as a Pillars anchor to Novum Anua itself, so if the planet is destroyed or the faith of their people dies, they will no longer be able to descend into the realm. All planets are overseen by the High Sefirot in tandem; divine beasts born of the gods, serving as protectors of Novum Anua and hands of the Gods.
Oblitus
A ruined plane of existence that defies all known laws of reality. The sky is dull and appears cracked or fractured, like shards from a broken mirror. Strange law defying shapes float throughout this broken horizon. The landscape itself is glitch incarnate, with towering shapes and non Euclidian landmasses spitting in the face of creation. The land is inhabited by damned creatures born of the Gods mistakes; known to mortals only as Qliphoth. Here they dwell in dangerous territories, locked in eternal conflict with the Sephirot. Torrents, hoarfrost, great winds and abundant plague scour the planes, as the land is ravaged by territorial dispute between High Qliphoth and their warriors. One such High Qliphoth is the rampaging black sea serpent Tehom, eclipsing the horizon with its suffocating oceans that covet the land and sky. Very few areas are truly hospitable here, and those that can live will have to survive in a world that denies them, and wishes for them to be forgotten.

What once was, and is no more. Ruined by the bleeding corpse of The All-Dreamer, transformed beyond potential and hope. This is nothing but a nightmare.
(More coming soon)